If you already know the historic old town – Dresden continues on the other bank of the river Elbe – and it’s just as beautiful and fascinating!

We start from the „Golden Rider“ – the gilded equestrian statue of Augustus the Strong, Duke of Saxony and King of Poland, who ordered the “New King’s Town” to be built in the 18th century. We walk along a beautiful plane tree avenue, called Haupstraße (Main street). Much has been originally preserved: Elegant patrician buildings, artisan arcades, secluded courtyards.

At the close of the 19th century Dresden grew rapidly due to industrial development and the increasing population – so a new quarter was created 150 years ago, in an era we call Foundation period (Gründerzeit): Outer Neustadt. Its architecture has some of the finest examples of period houses in Europe.

Today Outer Neustadt is the trendy and multicolored center of alternative culture, art and nightlife.

Highlights of Outer Neustadt:
Kunsthofpassagen (artisan courtyards), Martin-Luther-Platz, Pfund‘s Molkerei (mentioned in the Guinness Book of Records as the most beautiful dairy shop in the world), the old Jewish cemetery and lots of interesting people from the whole world.

First you will see the historic Old Town with its famous highlights like the Zwinger, Semper Opera, Frauenkirche, etc. After that we will take a pleasant walk over the Augustus Bridge to the opposite bank of the river Elbe – and a whole new part of the residence.

Like Prague’s famous Charles Bridge (Karlovy most) Dresden boasts of the Augustus bridge which leads directly from the Royal Palace to Dresden’s baroque quarters, called “The New King’s Town”.

Enjoy the splendid panorama view of the historic old town’s skyline and the scenic surroundings. Just arrived on the other side you stand before the „Golden Rider“ – the equestrian statue of Augustus the Strong, Duke of Saxony and King of Poland.

This is the start of the baroque quarter’s exciting story. The historic quarter has been originally preserved and meticulously restored. So you can walk past splendid patrician buildings, romantic courtyards with magnificent boutiques, artisan arcades, antique shops and high-class art galleries.

Other highlights of the tour are the Dreikönigskirche, the Japanese palais with its lavish park and the historic market hall. 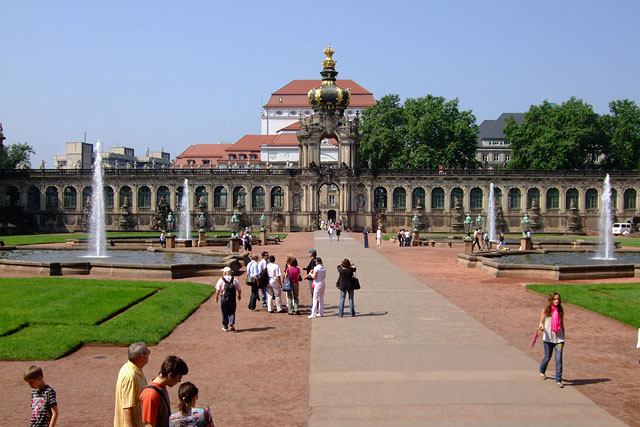 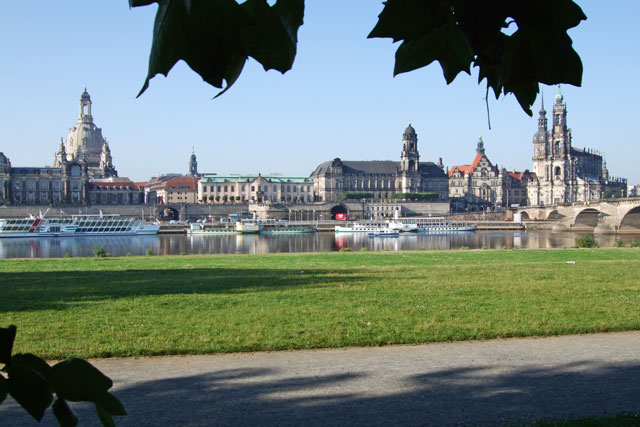 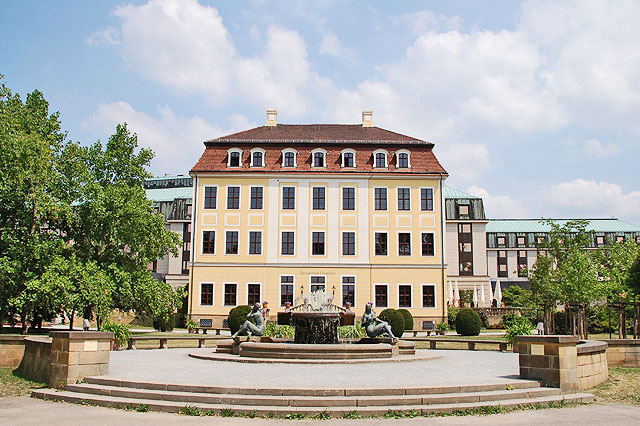 We start at one of  the most beautiful squares in Germany, the Albertplatz with the famous pair of fountains and walk into the multicultural and trendy neighborhood we call the Outer Neustadt.

This quarter dates from the so-called Foundation period (late 19th century) and its architecture is originally preserved with some of the finest examples of art nouveau apartment houses in Europe.

This is Dresden’s centre of alternative culture. You’ll find colourful painted facades, street art, a multitude of pubs, bars, restaurants of all categories and many extraordinary shops in narrow streets and secluded courtyards

Special Recommendation: the Kunsthof-Passage which was designed by young Dresden artists. It consists of several courtyards with fantastic animals, the court of the elements and many extraordinary artistic installations. Here you find a lot of restaurants and craft-art shops Highlights of this walking tour:
Kunsthofpassagen (artisan courtyards), Martin-Luther-Platz, Pfund‘s Molkerei (mentioned in the Guinness Book of Records as the most beautiful dairy shop in the world), the old Jewish cemetery and many interesting people from the whole world.

Join us on a pleasant walking tour through the Baroque Quarters. Built as “New King’s Town” in the 18th century, Augustus the Strong made his dream of a Baroque residence come true.

The famous king himself sits enthroned over the main street as the famous gilded monument “Golden Rider”. From there our walking tour begins through a shady plane tree avenue, winding streets, romantic courtyards and royal view axes.

The unbroken rows of baroque patrician houses, originally preserved and restored at great expense, provide a good impression of how Dresden used to look. You can stroll around the centuries in a relaxed atmosphere.

This is the place with the highest concentration of artisan shops in Dresden. Charming arcades have sprung up in the Baroque townhouses. Numerous artisans, artist galleries, antique shops and various eating establishments combine a unique shopping experience, delicate handicrafts and relaxation opportunities. 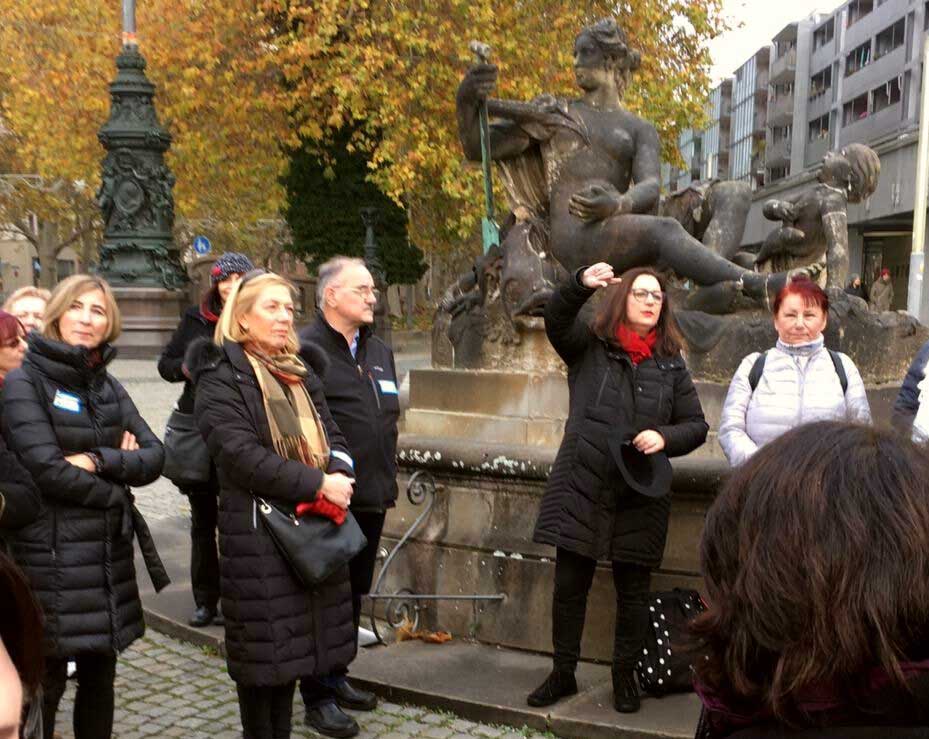 The highlights of this tour:
Golden Rider, baroque Dreikönigskirche (Three King’s Church), Artisan Arcades, historic market hall and the Japanese Palais with its lush park near the river.